When science fiction becomes a reality


A few weeks ago we talked about how disruptive the smartphone has been in our lives. Although this device emerged as an everyday item only 25 years ago, it was already imagined at the beginning of the 20th century and as such appeared in the press or in comic strips.

However, there have been many other very important technological advances that were imagined in novels or movies before they became reality.

In literature, the undisputed throne of technological visionaries has rightly been earned, with dozens of predictions fulfilled, by Jules Verne. In his two novels From the Earth to the Moon and Around the Moon, Verne offers a lot of details about space travel, which were surprising for the 19th century, including no gravity, the lunar module or the landing back on Earth. In The Mysterious Island he anticipates the elevator and in 1870 he published Twenty Thousand Leagues Under the Sea, fourteen years before Isaac Peral invented the electric submarine. The machine Verne describes, with an electric motor included, is not very different from today’s submarines.

The movie industry has been a great generator of new worlds and universes. We have been spectators of many movies where we were shown incredible inventions that we didn’t think we could ever use ourselves.

For example, in 2001: A Space Odyssey (1968) we were already shown a prototype iPad or what a video call would look like.

The movie Terminator (1984) depicts armed military drones that can attack targets remotely. While at the time of the filming of the movie the military already had reconnaissance drones or target drones (for firing practice), it was not until the 2000s that the U.S. military began using military drones with weapons on board.

We can’t forget Minority Report (2002), a movie that introduced lots of technological advances, such as autonomous cars, personalized advertisements, voice automation in the home, robotic insects and gesture-controlled computers. The movie is set in 2054, but all that technology entered our lives in 2017.

Another idea featured in the film is predictive policing: that is, the ability to predict the commission of crimes based on a person’s behavior. This, which is quite disturbing and which seemed impossible to us at the time of the movie’s release, we seem to be getting closer and closer to such a reality. Predictive algorithms are already being applied for many use cases. Some are hopeful (disease detection), but others are very alarming, such as the application of social credit used in China.

We wrap up with a mention to a recent TV series, Upload (2020), which takes place in a context where the metaverse is already a reality. In the year 2033 (not that far away), humans can subscribe to a service to digitally download onto a technological storage device all their memories so that, at the moment they die, they can be ” reconstituted” in the metaverse and from there live a new life in which they can continue to interact with their loved ones in the real world as if they were both alive.

The metaverse is one of the most frequently mentioned technologies because of the impact it will have on our lives. Will we become almost immortal as we are described in Upload?

Human creativity is what has made technological development possible and we have seen that it is a process that involves many players. Some imagine it and shape it into a story and others make it real.

At Alaian we promote open innovation by encouraging creative minds to work together and be capable of developing disruptive solutions that will shape our future life. 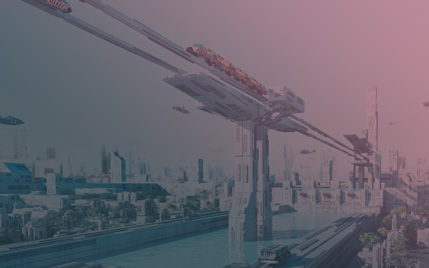